Posted by selenaw on July 18, 2012
Posted in: Norah the Astrologer. 1 comment

Cancer New Moon and other astrology events for the week

As we begin this week the Moon is waning towards her new or dark phase.  The New Moon takes place either May 18  or

May 19, depending on your location.  This Cancer New Moon offers the same opportunity as other New Moons for setting intentions and seeding new ideas.  However, this week’s meeting of the Sun and Moon in the cardinal water sign takes place at a particularly high energy point.

The ongoing Uranus-Pluto square aspect, which we have written about before, and which will continue to play a key role in astrology weather through 2015,  now has the additional factor of Mars, the warrior planet.  Together the three planets now form a T-square figure.  With three planets which each involve such volatile energy combining together in a potentially confrontational aspect, the stage is set for either a breakdown or a breakthrough.  One of these planets, Uranus, just went retrograde last week which tends to increase this planet’s rebellious side.

Take a look at your chart to which houses contain 7-9 degrees of Libra (Mars’ current neighborhood), Capricorn (Pluto) and Aries (Uranus) in order to get an idea of what areas of your life may be affected by this.  Unless you have planets there, the personal impact on you may be minimal or glancing.  However, if you have planets near those degrees, you could feel the reverberations of this planetary interaction more strongly.   Also, check whether you have any planets around those degrees in Cancer as this would mean your natal Cancer planets are making a cardinal signs grand cross with transiting Mars, Pluto and Uranus.

Other aspects for week

At the same time that Mars is forming the T-square with Uranus and Pluto, it also has a quincunx or inconjunct with Chiron in Neptune, meaning that healing energy for any rifts may be difficult or inaccessible at this time.  However, a more generous outlook may be provided this weekend when Jupiter, the planet of expansion, forms a flowing trine relationship with Uranus.  Combined with the influence of the dark moon, this may lend positive energy and ingenious, innovative energy to help initiate any new projects.  The weekend also sees the Sun moving into the sign it rules, creative and playful Leo, fostering optimism and a more festive mood after the month of Cancer sensitivity.

Remember that Mercury remains retrograde until August 8, so avoid signing any contracts based on those exciting new ideas you start incubating with the New Moon.  Since this Mercury retrograde period is in Leo, be particularly careful with the words you choose related to anyone who is a star in your social circle.

Posted by selenaw on July 3, 2012
Posted in: Norah the Astrologer. Leave a Comment

Full Moon and more this week

Astrologically, this may be a key period for many folks. The week’s includes a Full Moon, a planet changing signs and several significant aspects.  You will definitely feel a sense of energy shifting and building, although there may be tension for some. 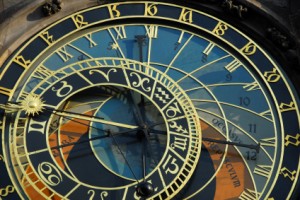 Today Mars moves from Virgo into Libra.  A little of Mars in your sign can be a good thing—energizing and invigorating.  But several weeks of Mars sitting on top of your Sun or other natal planets, something Virgoans just experienced thanks to the Mars retrograde period, can feel draining.  So a lot of Virgo Sun people will feel a sense of relief while Librans may feel a renewed sense of confidence and determination.  Check your natal chart to see which house has Libra on the cusp.  Take the initiative, rather than waiting for Mars to happen to you—for example, if Libra is on your first house cusp, this will be a good time to start a new exercise program.  If Libra is on

Around the same time as Mars shifts into Libra, the Moon will briefly form a conjunction with Pluto at 8 Capricorn.  Only a few hours afterward and four degrees away, we have the Full Moon, at 12 degrees Capricorn/Cancer, shedding light on the interplay between our public and private lives, as well as our present and our past.  What decisions will we make in order to shape our lives, how will we balance the ability to chart and steer a course with the necessity of flexibility in times of change?

The Uranus-Pluto square continues, although it has moved away from its first exact point which occurred late last month.  However, with this significant an aspect ongoing, any aspects other planets form to either of these two can have stronger than usual repercussions.  There are a few such aspects this week.

Venus and Mercury both will be inconjunct to Pluto, together forming a yod.  This elongated triangle aspect figure is sometimes called the Finger of God.  The energy symbolized by planet pointed at in a yod has great potential but there is difficulty accessing that potential because of the nature of the inconjunct (also called a quincunx) aspect.  Both the difficulty and the sense of possibility are doubled in the yod.  At the same time that they are challenging Pluto, Venus and Mercury will also have a positive relationship—a sextile—with the other planet in the ongoing square, Uranus.  Plus they will both have relationships—an inconjunct in Mercury’s case, while Venus has a square– with Chiron, the asteroid representing both wounds and healing.

How will the involvement of Venus, planet of relationships and beauty, along with Mercury, planet of communication, commerce, health and travel affect the Uranus-Pluto face-off?  Will the multiple challenging aspects force us to heal some long-ignored issue?  Will there be some explosive event due to the pressure added by these multiple aspects?  Sometimes an “explosion” of trapped energy can be positive as in lancing an abscess, but it is best if it handles with clean-up tools nearby.

If you haven’t already, take a look at your natal chart to see where the 8 Capricorn/Aries current positions of Uranus and Pluto lie, as well as which houses contain those degrees of Leo (where Mercury is currently transiting),  Gemini (Venus) and Pisces (Chiron).  Meditate on how these issues are manifesting in your life and how you can apply the energy of Mercury and Venus to bring the situation into balance.  Remember, astrology is not meant to be a source of superstitious fear but a tool for personal growth.  Use your knowledge of the current planetary transits to evolve into a wiser version of your current self.